Member retention is usually one of the top concerns for all association executives, but 2020 has exacerbated the challenge of renewing memberships.

According to Tony Rossell, senior vice president of MGI, a review of benchmarking data collected during and after the Great Recession of 2008 suggests that although there will be challenges in the near future for associations, membership numbers will rebound.

Subsequent benchmarking studies showed that associations reporting increased membership rose from a low of 36% in the 2010 report to nearly 50% and higher in subsequent years.

For this year’s study, economic hardship was identified as the second most frequent reason for non-renewals in the pre-COVID survey responses but may have moved up during pandemic shutdowns and impacts. The top reasons identified in the study (pre-COVID) as reasons for non-renewals were:

Moving forward, association leaders need to keep these traditional reasons for non-renewals in mind as they plan their strategies to continue moving through the effects of a pandemic, corporate disruptions, and new ways of conducting business. 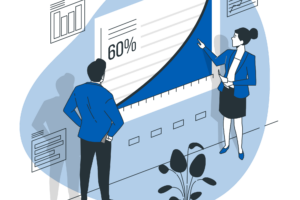 Association staff members are great at getting to know members.[...]

It’s tough enough to be a speaker or event planner[...]

Have questions or need more info? Please let us know how we can help!